Bad Nauheim is situated in the western part of Germany at the foot of the Taunus hills with grapevines, orchards and rose fields around it. Salt water springs in this area were already exploited by the Celts and the Romans. In the 18 th century the Nauheim salt works had developed into one of the biggest and most modern enterprises of that kind. The village of salt producers began to change into a spa in the first half of the 19 th century when the curative power of the salt water from wells that had recently been drilled was recognized. In 1854 Nauheim was granted the status of a town and in 1869 the title “ Bad ” (=spa).

In 1900 Bad Nauheim – with thousands of guests – had become an internationally renowned spa. A cure at a spa was not only taken for health reasons, but was to meet the demand of prominent guests from different countries for social intercourse. At the turn of the century, changed hygienic and aesthetic ideas and expectations required the construction of new bathhouses.. Bad Nauheim belonged to the Grand Duchy of Hesse-Darmstadt. Grand Duke Ernst Ludwig of Hesse and by Rhine was a progressive sovereign with a high appreciation of art. The Grand Duke was also guided by economic considerations. He expected the arts to become a promising sector of economy after the motto “My Hesse ( my country ) is to flourish, and in it are to flourish the arts”. The new buildings in Bad Nauheim were to demonstrate that.

Under the direction of Wilhelm Jost, Großherzoglicher Regierungsbauinspektor (building inspector of the government), the cure and technical facilities of the health resort were newly designed after a uniform plan between 1902 and 1912. In 1901/02

Jost first built the Inhalatorium in the middle of the spa park, today used as Bad Nauheim’s public library.

The Sprudelhof ( fountain court ) was erected between 1905 and 1912, with 265 bathroom cubicles, cells for royalties and new fountain basins. With its richly decorated bathhouses, their waiting halls and ornamental inner courtyards the Sprudelhof ranks with the most impressive witnesses of German Jugendstil. The ornamental courtyards and waiting-rooms of the six bathhouses are designed in different styles with numerous artistic details. The ornamentation of the wells, figures and the décor refers to the wholesome power of water.

The Trinkkuranlage ( mineral water complex ) was erected between 1910 and 1912. The horseshoe-shaped complex encloses colonnades, an inner courtyard, a drinking hall or pump room, a bandstand and a rectangular water basin in front of it. The Kurbrunnen ( mineral spring ) at the end of the western colonnade is connected with the drinking hall. In its centre an octagonal well with a golden dome-shaped roof gives healthful waters.

At the same time the Kurhaus ( representative centre of the spa ), erected between 1862 and 1864, was extended: the terrace and the garden were enlarged, a music pavilion was added. A concert hall, richly decorated with abstract and figured Jugendstil paintings, was built. 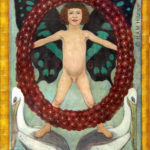 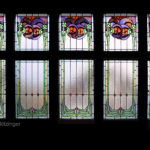 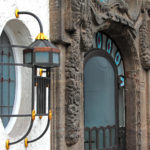 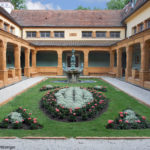 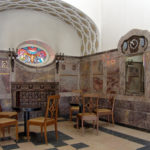 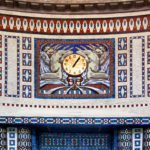 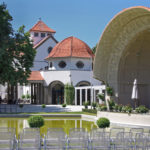 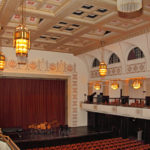 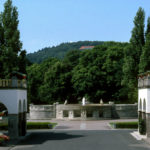 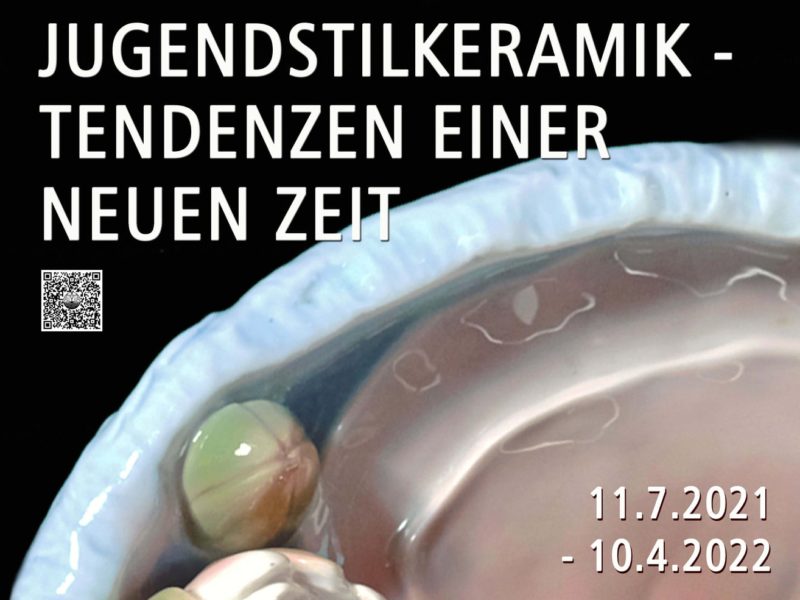 The Jugendstilforum open its doors in Bad Nauheim 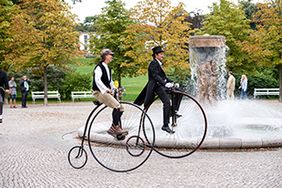 The Members of the Jugendstilverein Bad Nauheim celebrated the 20 years of the RANN by organising a special event dedicated to the Network during the 2019 Jugendstilfestival! 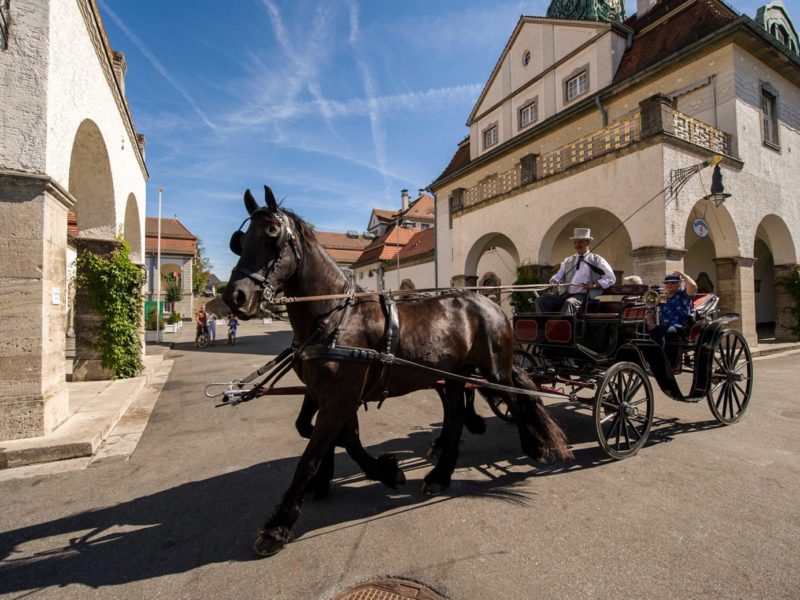 Immerse yourself in the glamorous time around 1900! At the three-day Art Nouveau Festival, you can enjoy clothing, music, dance, sports and games just like in the old days in the historic ambience of the drinking cure complex (Trinkkuranlage).