Terrassa is known chiefly as one of the major industrial cities in Catalonia. It is the capital of the region of Vallès Occidental – a status it shares with the city of Sabadell. Situated at the foot of the nature reserve of Sant Llorenç del Munt and the Serra de l’Obac (the Obac mountain-chain), Terrassa has more than 200,000 inhabitants. Thanks to a well-developed communications-network, it has good connections with all the major Catalonian and European cities. The layout of the historic city-centre reveals its medieval origins, dating back to the twelfth century. As time progressed, the city extended beyond the original ramparts. This trend was particularly marked during the nineteenth century, when the development of the textile industry led to a sharp rise in population and an extension of the city’s contours, including the appearance of the earliest immigrant quarters.

Because of the presence of the textile industry (which specialized in wool production), the cityscape gradually filled up with factories, shops, workers’ and tradespeople’s houses, buildings for the service sector, institutional and administrative headquarters, and spaces for leisure. It was against this background of economic boom that the industrial middle classes enthusiastically welcomed new cultural trends, including Art Nouveau. The latter was employed mainly in industrial architecture, notably under the direction of Lluís Muncunill, who was responsible for the design of most of the buildings during this period.

The serious economic crisis of the 1970s led to the closure of large numbers of textile businesses in Terrassa, and some of the most representative buildings were converted into museums, exhibition halls, offices for service-sector concerns, and apartments. At the present time, Terrassa boasts an industrial heritage unique in Catalonia and highly attractive both touristically and culturally. The former workshops and vapors (factories), the houses and chimneys, provide a first-hand glimpse of the architecture, arts, and life-style of the city in the nineteenth and early twentieth century. 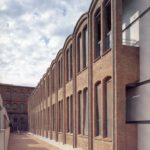 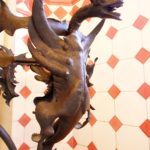 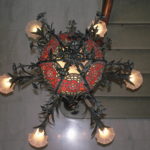 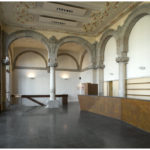 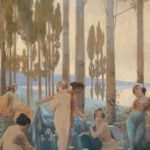 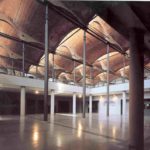 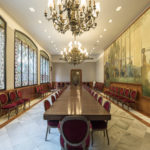 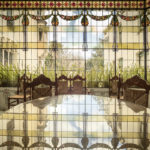 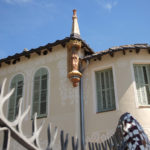 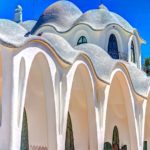 The City of Terrassa proposes to rediscover its rich heritage through guided tours all along July!